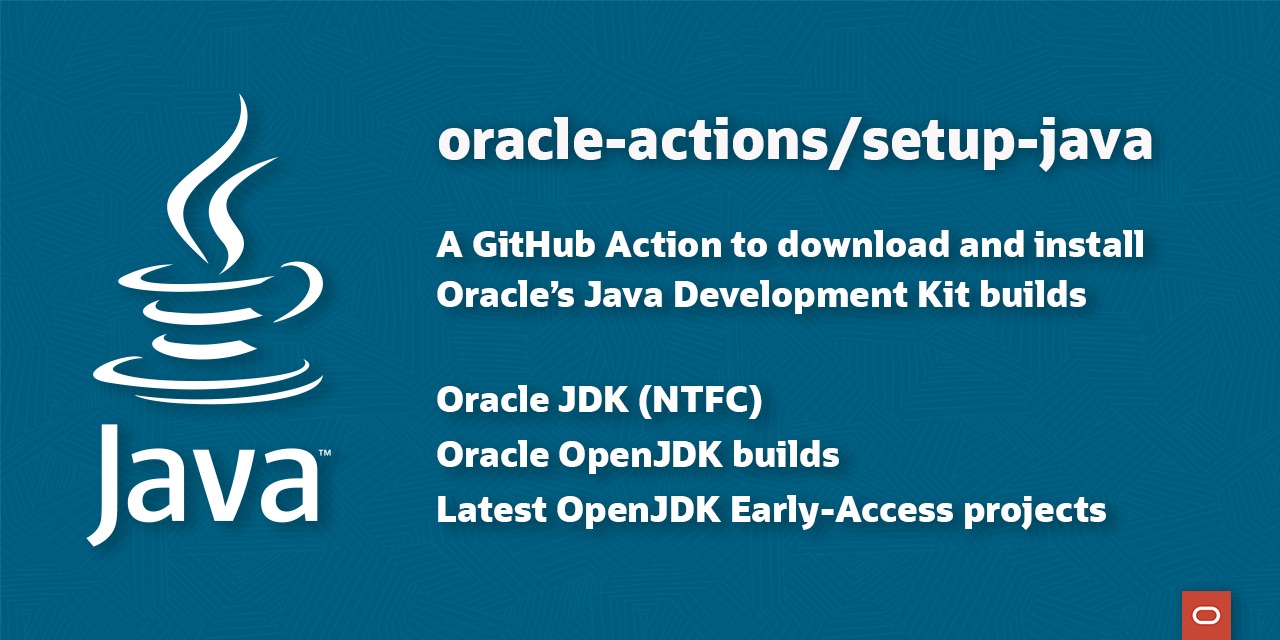 Oracle is always looking to make the JDK easier to use. The recent No Fee Terms and Conditions license and the JDK 17 script-friendly URLs are examples of this effort. Today, we are introducing an additional way to consume the various JDK builds produced by Oracle with the release of the oracle-actions/setup-java GitHub action.

This action can be used to download and install many of the JDK builds from Oracle for use in your pipelines. These include:

For more information and how to use this action, please check out the actions page in the GitHub Marketplace.

Why not use GitHub’s own actions/setup-java instead?

Are you planning to add support for other OpenJDK builds?

PS: This initial release comes with the usual caveats (best-effort support, etc.) but feedback is welcome!

For more information, visit the action page in the GitHub marketplace.